END_OF_DOCUMENT_TOKEN_TO_BE_REPLACED

NOTE: The audio has already been disabled by YG thus when watching just go to the user’s page at Youtube itself to hear the audio.

END_OF_DOCUMENT_TOKEN_TO_BE_REPLACED 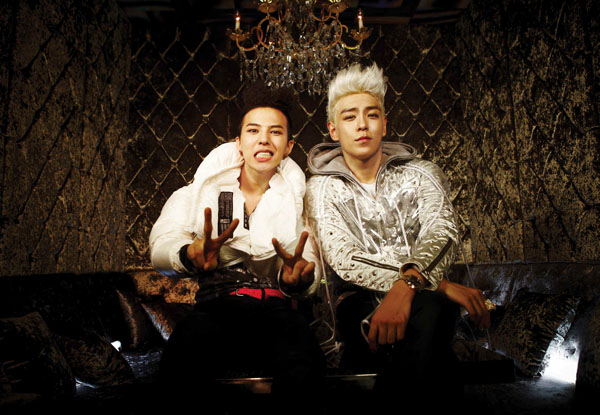 Although GD&TOP’s “Don’t Go Home” failed to pass its re-evaluation with MBC after it was banned earlier this month, YG Entertainment assured fans that they could still enjoy the song through SBS and KBS.

Representatives of YG Entertainment spoke with Star News on January 26th and revealed, “‘Don’t Go Home,’ a track from their new album released last month, was banned from public broadcast for its lyrics. We didn’t believe that there was anything wrong with the lyrics so we re-submitted the song for another evaluation without making any changes.”

They continued, “However, the song did not pass the re-evaluation. Since it was already accepted by SBS and KBS on the first review, fans can look forward to hearing ‘Don’t Go Home’ on those two channels.”

GD&TOP will be performing “Don’t Go Home” for the first time on the January 30th episode of SBS’s “Inkigayo“.